Metallica | Through the Never | End Credits

At Picture Mill we were tasked with creating end credits for the Metallica film Through the Never. The film ends with the main character sitting down to watch Metallica play a session.
I came up with the concept of splitting the frames into large strips to maximize the cinematic feel of the performance and to be able to contrast various shots. One such example is the main character gazing at the band and the closeup of the bass guitar. This layout was also designed with stereo 3D in mind, and to have windows into the scenes while simple white text remains non-obstructive in the foreground. Below is the storyboard proposal that was sent to the director and the band, and the version they chose to move forward with. 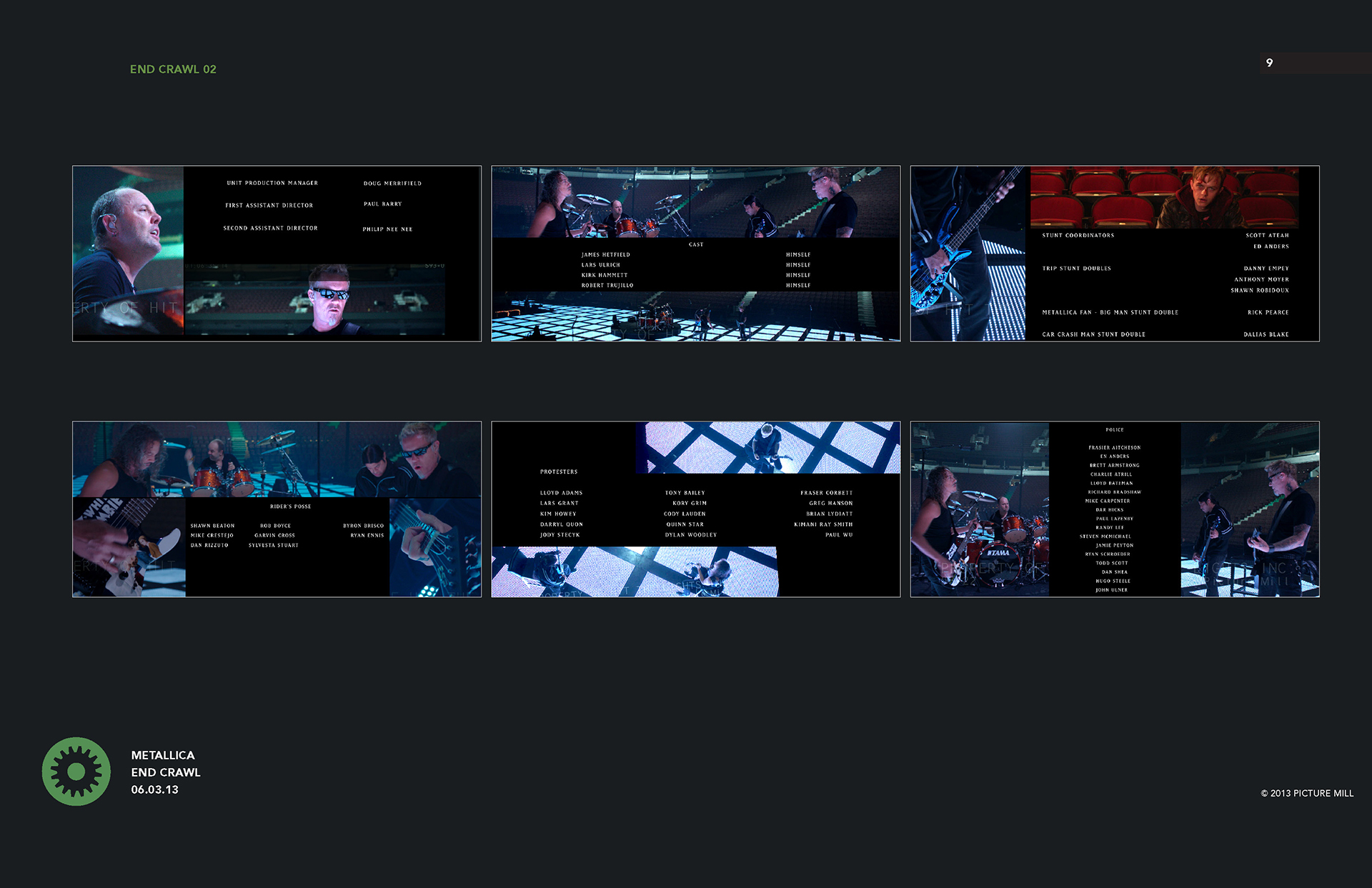 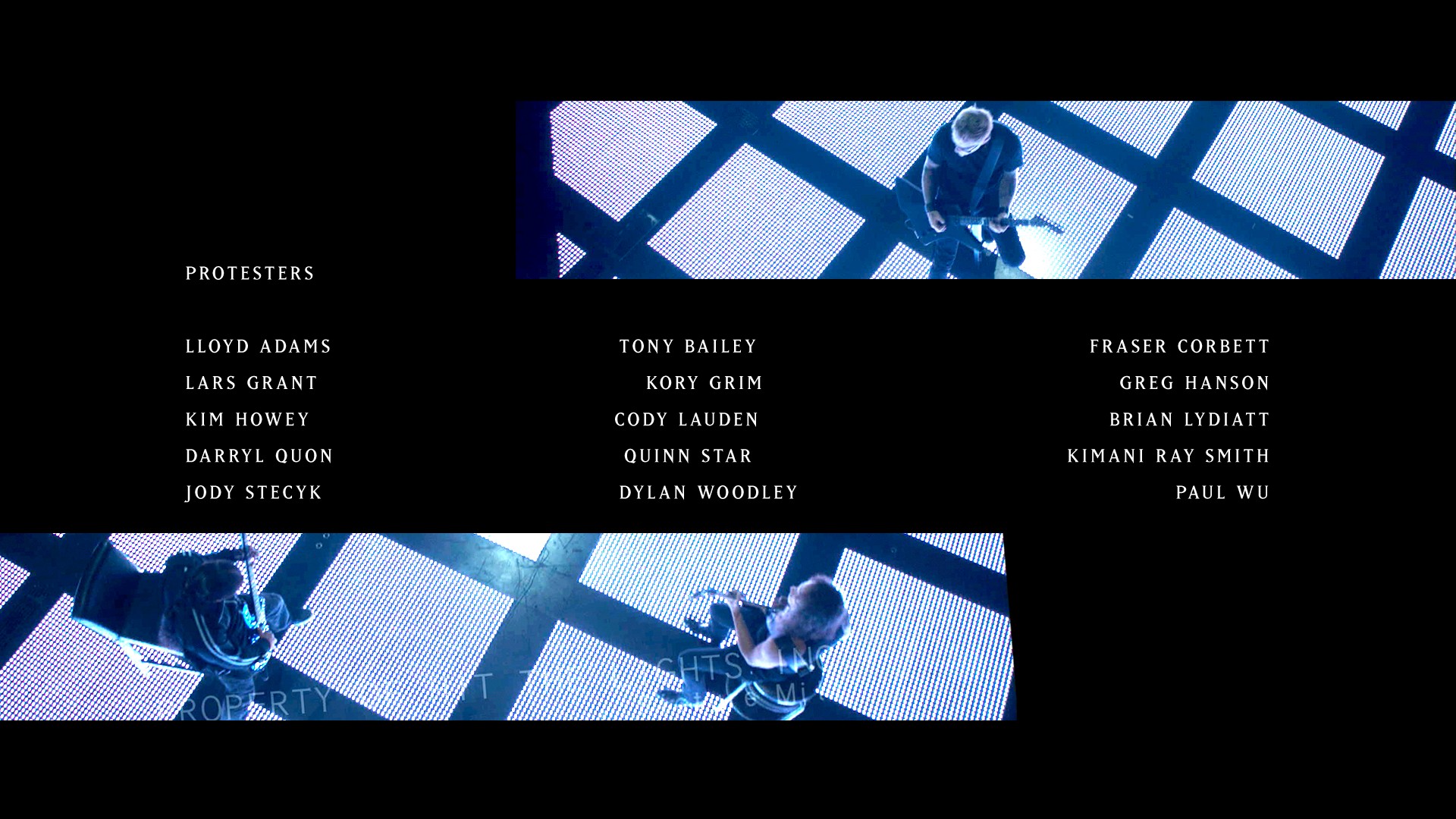 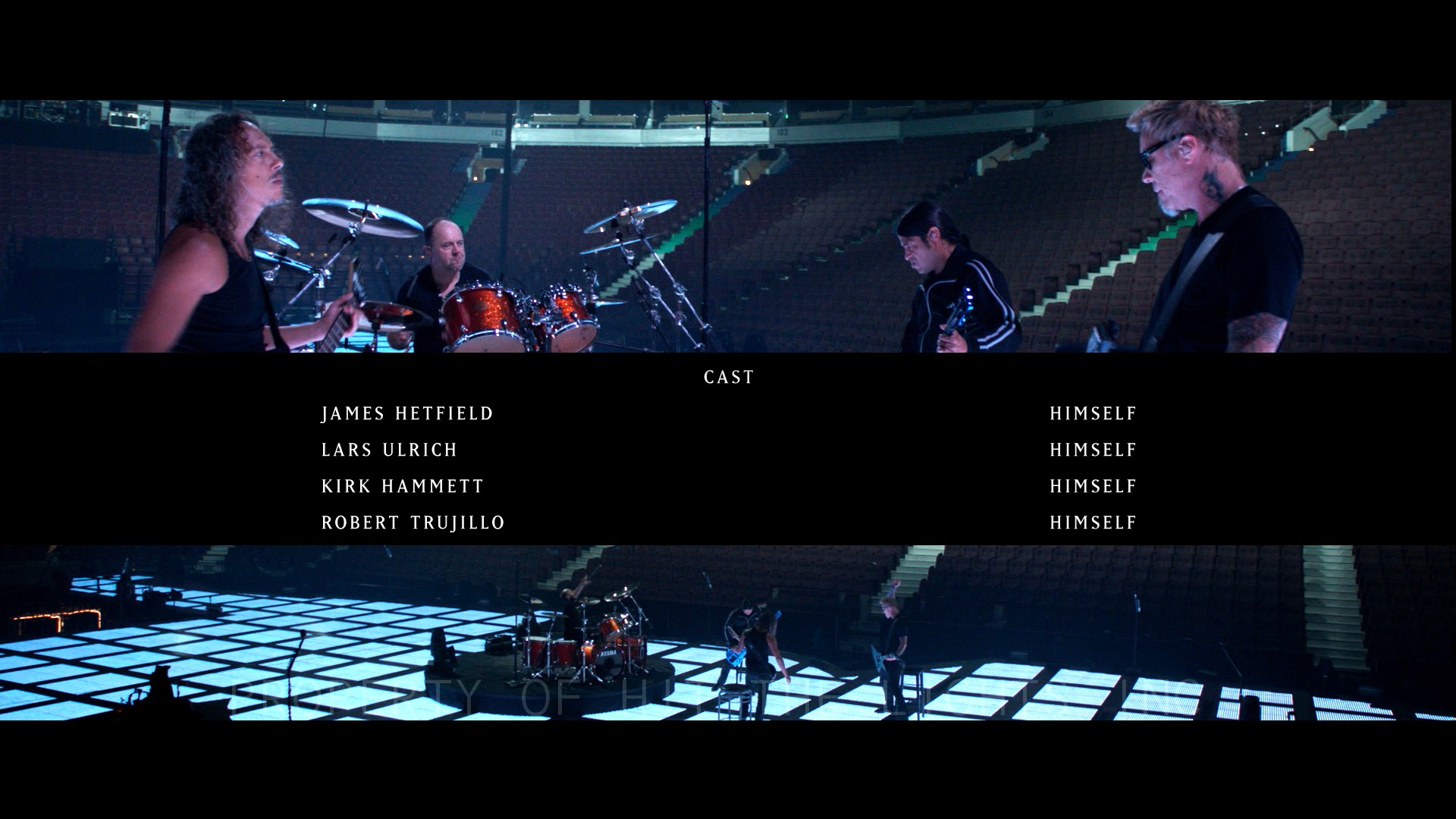 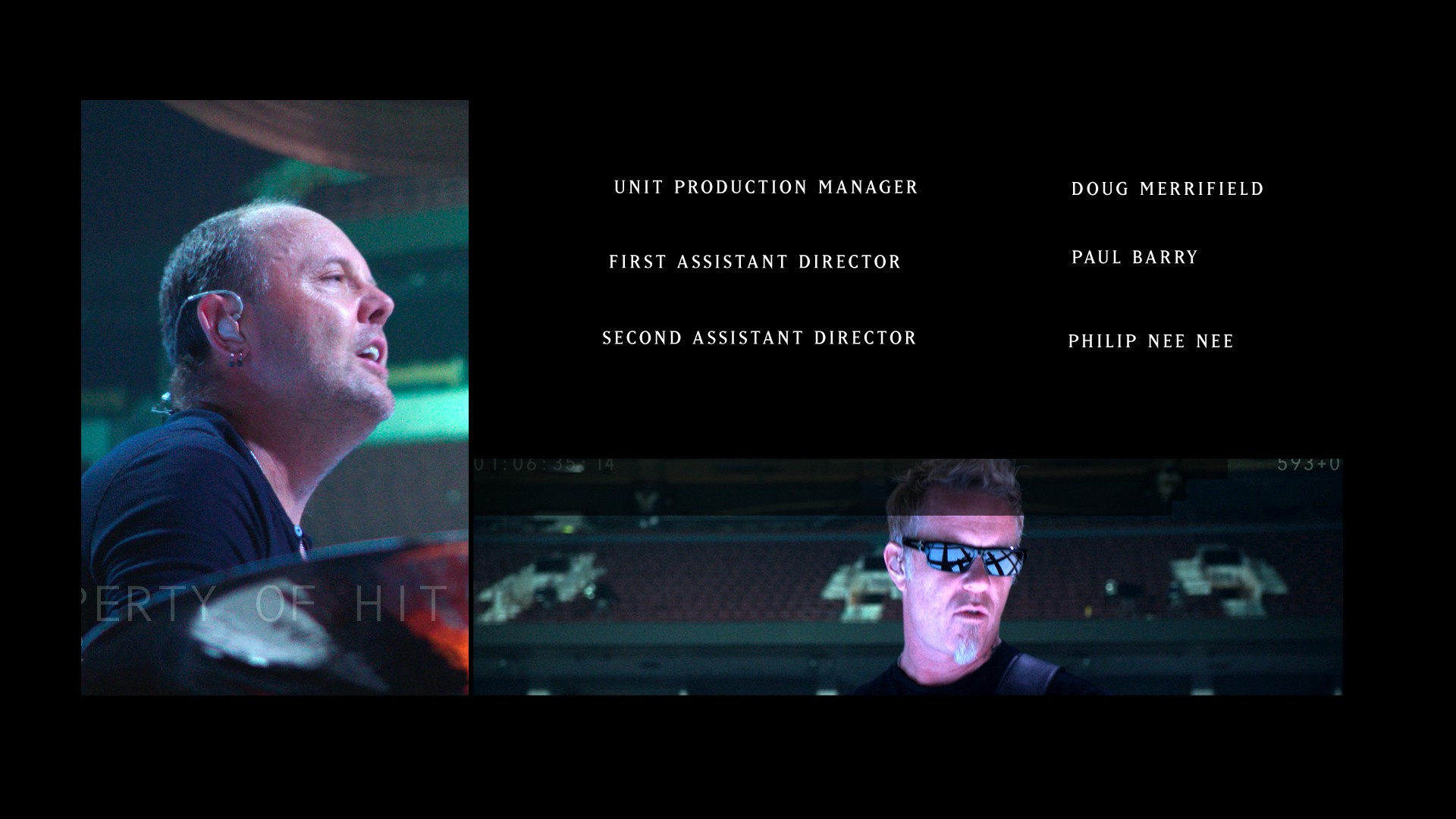 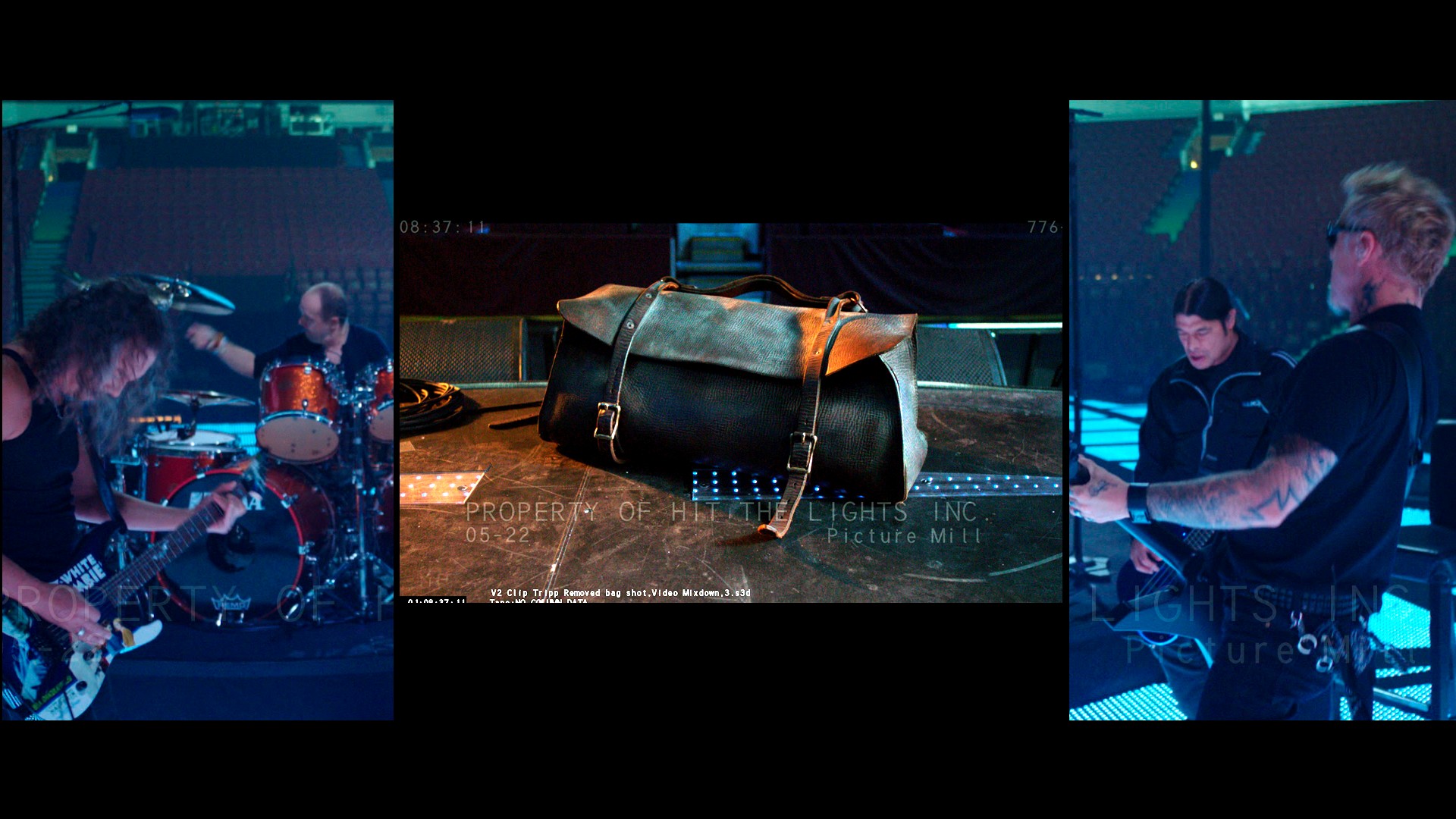