For this wild film about a small town with zombies, vampires and humans living together Columbia Pictures asked us to create an intro prologue that would explain how the town was created and what day to day is like in Dillford Ohio. I liked the idea of the main character explaining everything while sitting in class, showing you scribbles in his notebook and how mundane it all felt to him.

With that I designed what the notebook might look like and added sketches and little notes that then would mix with footage. The final animated intro was done by Nelson Yu and Jon Block. 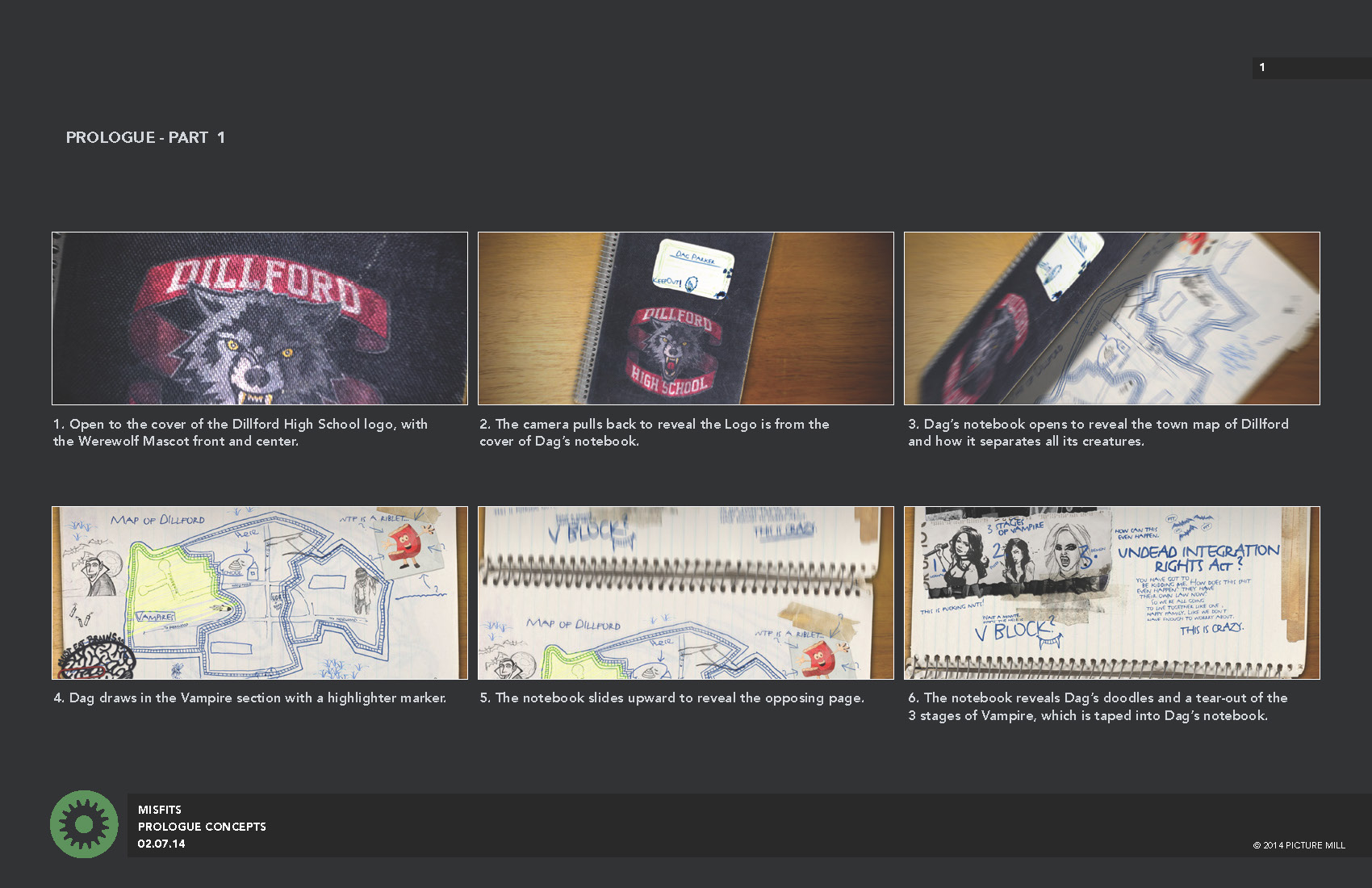 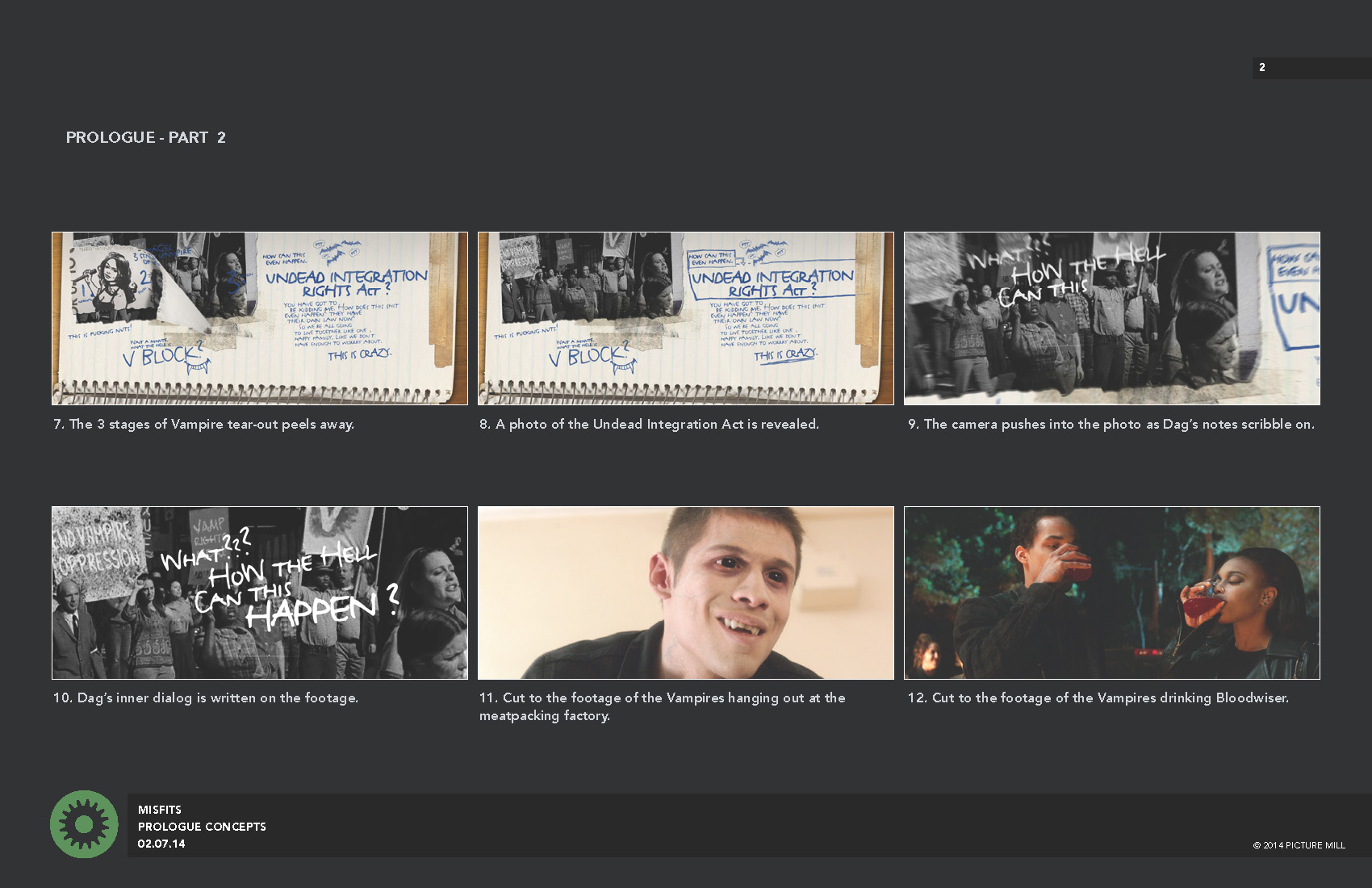